The start of day was from our makeshift campsite on top of Exmoor, Dunkery Beacon. 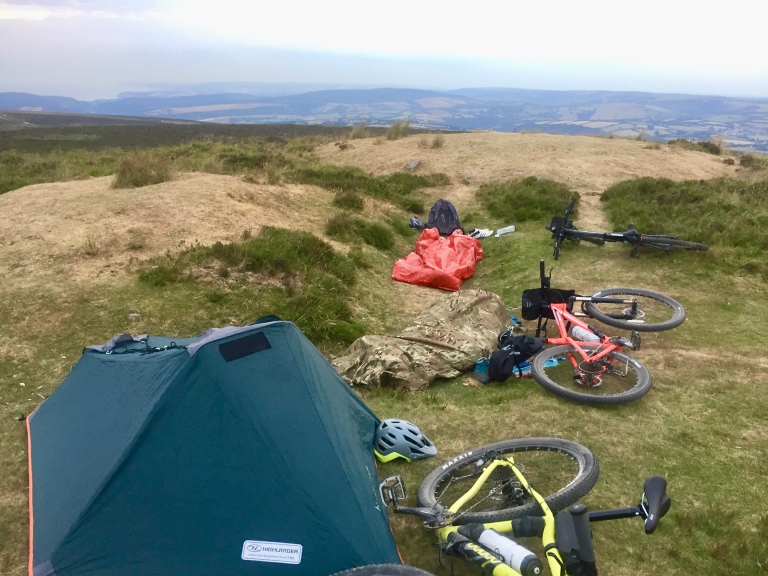 To say it was a good view is somewhat of an understatement. You can see for so many miles in every direction, and not another sole, road or car in sight. I could probably write an entire post about this alone, but I’d best move on, there’s a lot of riding ahead of us. 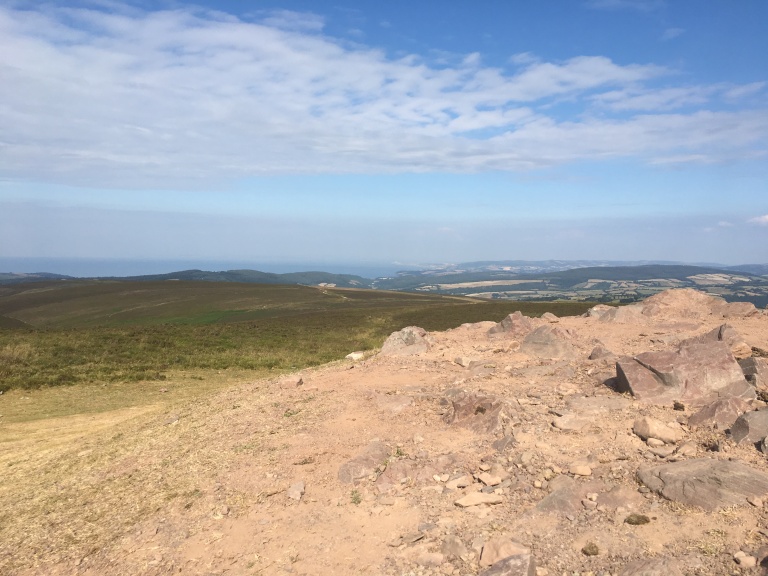 We started our decent from here, and dropped nearly nearly all the way back to sea level descending 1500ft. As a mountain biker you’d pay good money for a ride like this, it was amazing. And having set of before 8, we didn’t se a single other person until we got to the next village.

As you’ll probably be guessing from previous posts, the old saying of “what goes up, must come down” is completely the opposite for us, as every time you enjoy a downhill, you are very quickly reminded that you’ve got to go back up again.

As we continued to climb and descend we were treated to some more magnificent views. the trade off was the scary drop, just off to the right, and a 10″ wide path to negotiate. To say it was scary is a very mild and polite way of putting it. 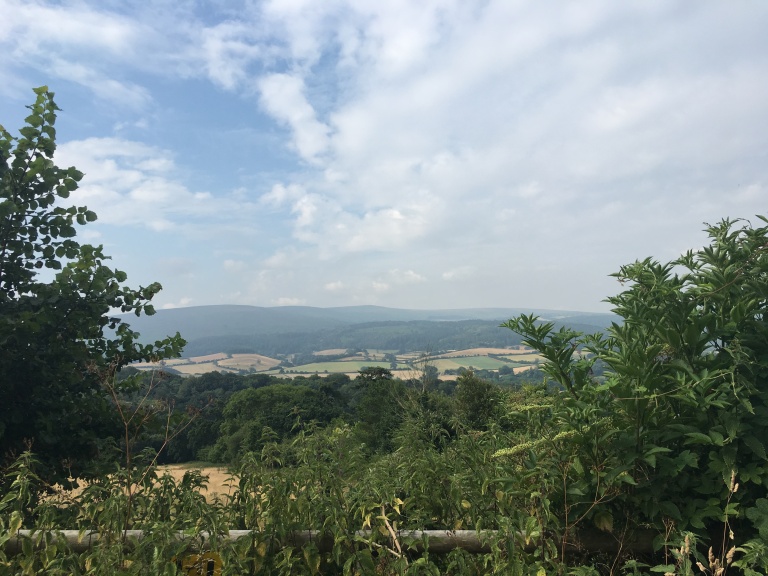 We then had our biggest single climb of the ride, over 1000ft without a pause, just constant up. Thankfully the gradient wasn’t the extremes we’d been having and we could   push on up. As I was starting to flag a bit – and thinking we were nearing the top – I heard a shout from Gary somewhere behind me “I’ll buy you an ice cream if you get to the top without stopping”. Easy I thought, I could see the crest of the hill. How wrong could I be. Every corner was another hill, on and on it went. I was determined to win my ice cream, and boy what an ice cream it was.

We continued on through more and more ‘jungles’. These were really narrow tracks, with brambles and nettles everywhere. We were beginning to get sick of these bits, trying not to get ripped to pieces, whilst also watching for rocks, bumps and drops in the tack is a very painful and tiring process.

Our next destination was the town of Bricknoller. Which in our slightly tired and sugar fuelled minds became Rick Waller, so for the next few hours the ride became about “The search for Rick Waller”, as we continued to climb and drop, climb and drop.

We never found him. But we did find a great local pub, with lovely food. It was a well deserved break on what was easily the second hardest day fo the ride. We still had to climb another 800 ft in 3 miles, so we had to leave the pub and head off.

I’m not sure what was hardest, riding/walking this far up, or riding through the narrow paths with Gorse bush either side. This stuff is dangerous, and you wouldn’t want to brush past it at speed.

We had a rough area to stop at each night, but tonight the plans failed us as we tried to find camp. With no clear areas on the hill due to the Gorse bushes we headed into the woods, but with lots of insects, bumpy ground and very little space it was looking like being a bad nights sleep.

We were rescued though as thankfully a local had spotted us as he rode past with his dog. It just so happens that not only was he a fellow bikepacker himself, but he owned the field round the corner form us. He suggested we camp in his field and use the fire pit, as it was much better than the woods. So our final night was round the camp fire.

What a way to spend your last night at the end of a fantastic week. Shame we didn’t know in advance to bring some beers with us 😦 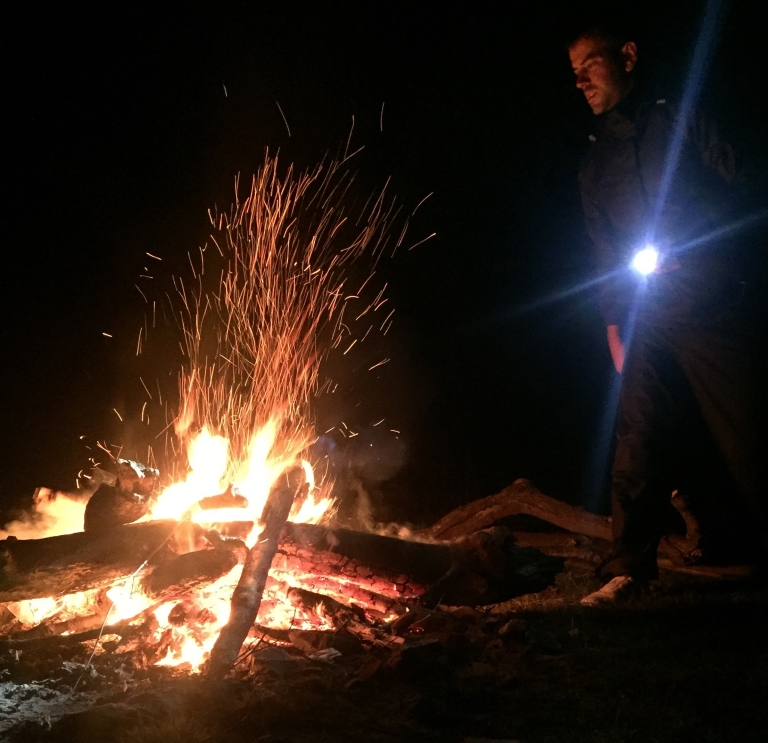 Carry on to day 5

One thought on “Dartmoor, Exmoor & Quantocks Day 4 – The search for Rick Waller”